I’ll start off by saying I bought one of the first Scion tC vehicles available back in 2004 when the 2005 models first hit the lot.  It was a refreshing alternative to the Civic coupe, free of prejudice and stereotypes.  This was a tuner car with a blank slate and a high expectation of reliability.  Now the road is covered in Scion tCs with everyone putting their own unique touches on them.  Almost ten years later, Scion (ultimately Toyota) and Subaru teamed up to once again bring something fresh to the market.  They produced a tuner car, built from scratch, to be an affordable sports coupe.  It is a true sports car when you look at the body lines, low center of gravity, and standard bucket seats.  With a sticker price starting just over $25k after destination, the FR-S and BRZ proved that you can enjoy driving again without going broke.

This is now the third year the FR-S has been available.  Think of the 2015 model as a product of automotive evolution rather then revolution.  It keeps everything that works well in previous year FR-S’s, but with a few tweaks here and there to make it more appealing.  The front suspension stiffness has been increased while the rear has been retuned for less body roll and improved feedback.  Another nice new feature are the automatic headlights which now come standard.  Larger exhaust pipes are now flush with the rear bodywork, further completing the rear styling.  The interior paneling has been refreshed with a carbon fiber look and the key has been redesigned.  The best change really came from the suspension tuning.  The car feels more balanced and predictable to drive, but the ride comfort is still acceptable.  Suspension tuning is one of the trickiest aspects of modifying a car, so it’s nice when the manufacturer does all the guess work for you. 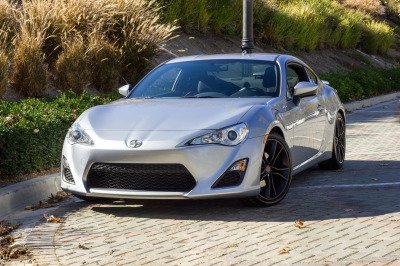 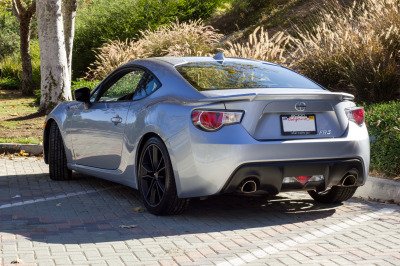 My first-hand driving impressions would say that all the suspension tuning paid off.  The FR-S I was driving featured TRD lowering springs which made the car a little more jumpy over rough roads, but it really made the FR-S feel like a track car.  I appreciate stiff suspensions because it makes you feel more connected with the road.  My driving style wasn’t too economical during my week-long review, yet I still averaged 27.4 MPG with mixed driving conditions.  Considering the fact that I live in a city plagued with hills and stop lights, this result is very impressive to say the least.  Another stand out aspect of the car that I enjoyed was the throttle response.  Throttle response is something very different than power delivery and should be considered when shopping for any sports car.  A car with good throttle response eagerly reacts to what you tell it to do based off throttle position.  So when you put the pedal down a little bit more, the car doesn’t hesitate to react accordingly.  Let’s compare the Hyundai Genesis Coupe to the FR-S.  The Genesis, regardless of whether you choose the V6 or the turbo 4 option, has more power than the FR-S, but a less responsive throttle response.  The FR-S makes significantly less torque, yet instantly responds to any modulation of the throttle.  This is a critical factor with a sports car.  Steering input/response, throttle response, and handling dynamics are all important features to take note of, in addition to power output, when you consider what a sports car should drive like.  With the FR-S you can always add more power via forced induction, but you can’t easily fix the throttle response or heftier weight of a car like the Genesis. 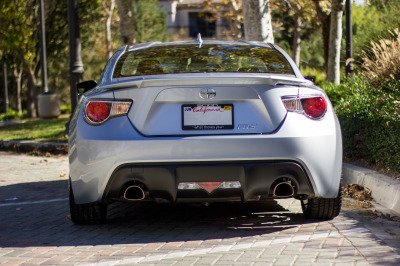 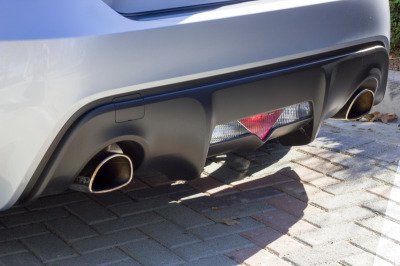 Let’s talk about the Boxer engine for a minute.  This has a brand new motor that was specifically designed for the FR-S.  It’s mounted low in the engine bay to lower the center of gravity as much as possible.  The engine makes 200 HP @ 7,000 RPM, and 151 LB-FT of torque at 6,600 RPM.  Take note of that torque figure.  Sure it’s on the low side, but something important to consider is at what RPM this is made at.  Do not expect the car to push you in the seat like a Mustang or Camaro does.  It’s not that type of car.  Compare it more to the Honda S2000, Mazda RX-8, or even a Civic Si.  The plus side is the fun-to-drive factor.  You can wind out the gears and appreciate the gorgeous mechanical engine note aided by a stainless TRD exhaust, if you’re smart enough to add one during the purchase.  It rumbles just enough at idle, bellows out all the right notes at higher RPMs, but reduces to a tolerable volume during normal driving.  If you like boxer engines, you’d be crazy not to put an exhaust on this car.  The entire package put together by Scion and TRD reinvigorates youthful driving.  The fact that it’s a Toyota product means you don’t have to worry about the long term investment issues many sports car owners have to deal with.  The Scion FR-S also has a strong resale market which is indicative of how many people are satisfied with the car. 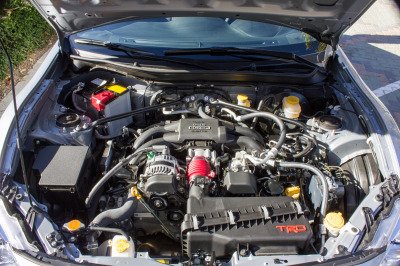 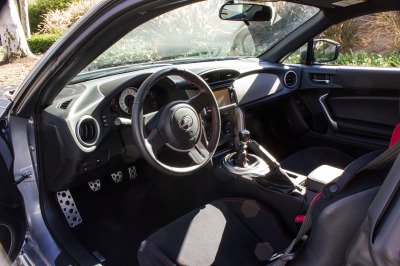 The interior is minimalistic and driver-oriented.  You get a standard set of gauges with the tachometer front and center.  A smaller speedometer gauge is to the right, with a digital speed readout being part of the center tachometer.  The Pioneer radio isn’t anything fancy but it has all the important features.  It had Bluetooth, touch screen, USB and Aux inputs.  The climate control system had four fan speeds with a good selection of temperature settings.  The best part about the interior were the seats and driving position.  You feel like you are only inches above the road yet visibility is excellent.  The seats are firm and supportive but still very comfortable for long drives.  If you watched the video above, you’ll know how much I loved driving this car.  It’s not the most practical car, but as many other reviewers have said, it’s arguably the most fun you can possibly have for a twenty-five thousand dollar car.  This car is on my top 5 and I don’t see it getting bumped off the list any time soon.  I suggest taking one for a test drive to see for yourself.  If you find a dealership-modified one (particularly with TRD goodies), try that one out too.  It’s worth experiencing the difference a few simple bolt-ons can do for this car. 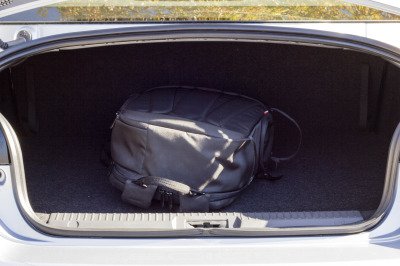 Welcome to Volume 1! There is so much content to compare behind both networking products that we will first defer to our video.  Our second video series will have a more detailed write-up, as it …

Note: For a limited time the Accell Thunderbolt 3 Docking Station can be found for only $200 on Amazon by using a special coupon.  That’s 50% off MSRP! https://www.amazon.com/Accell-Thunderbolt-Docking-Station-Certified/dp/B07GY15HCF Intro Accell has been my go-to company …

Cherry is known for lot’s of things.  Mechanical key switches, government peripherals, and delicious fruit.  For the uninitiated in the PC Master Race movement, Cherry MX mechanical switches are synonymous with almost all high end …