Thanks to the LUMINOUS STUDIO engine, the demo video can depict high quality “real time computer graphics” (*1) at the same level as “pre-rendered computer graphics” (*2). The fine details of the characters, who express life-like humanity, are showcased through their rich facial expressions, subtleties of their pupils and hair, and their brilliantly flowing garments. The characters, along with the vibrant monsters, transport the viewer into the world created by the LUMINOUS STUDIO engine. 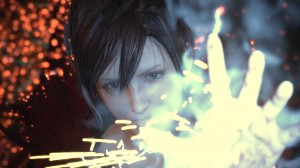 Furthermore, the demo video production was created through the lens of the FINALFANTASY series, where ancient magic and advanced science coexist in a near-futuristic world. The video depicts a life-changing encounter for our heroine, the magic-wielding protagonist Agni.

AGNI’S PHILOSOPHY showcases the level of quality that Square Enix is aiming for in next generation games.

About Game Engine
A game engine is a development environment constructed of varied tools and libraries needed for game creation. Many elements are needed for game software creation: graphic technologies and physics calculations, artificial intelligence, motion, and sound technologies. In an engine, these elements are bound together with the intent of improving game development efficiency and quality.

The Square Enix Group has several engines in addition to LUMINOUS STUDIO, such as IO Interactive’s “Glacier 2” and Crystal Dynamics’ “Crystal Engine.” 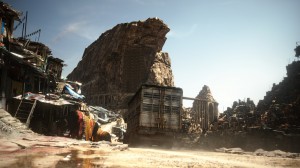 About Square Enix Co., Ltd.
SQUARE ENIX CO., LTD. (Square Enix), a wholly-owned subsidiary of Square Enix Holdings Co., Ltd., with headquarters in Tokyo, Japan, develops, publishes and distributes entertainment content including interactive entertainment software and publications in Asia, North America and Europe. Square Enix brings two of Japan’s best-selling franchises – FINAL FANTASY, which has sold over 100 million units worldwide, and DRAGON QUEST® which has sold over 59 million units worldwide – under one roof. Square Enix is one of the most influential providers of digital entertainment content in the world and continues to push the boundaries of creativity and innovation. More information on Square Enix can be found at http://www.square-enix.com.