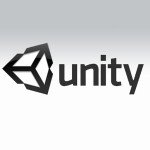 Facebook has announced on Aug 28th, their partnership with Unity.  Unity is an amazing game engine that allows developers to create nearly anything they want for various platforms.  This includes, PC, Android, iOS, etc.  This announcement will allow developers to make very high quality games that work directly within Facebook.  The social benefits are obvious given the scope of Facebook.  The Unity SDK brings graphics on par with desktop based games that can run on the web.

The possibilities are there, but we all know this means nothing without the game.  The good news is many developers are familiar with Unity and already use it.  The transition should be pretty minimal which allows great developers to enter the market with ease.  We will see how this story develops as games begin to hit the market.

It’s been a long time coming but we’re finally here.  This site features reviews of some of the latest and greatest computer hardware, games, and new and exciting consumer technology.  Unbiased opinions, vast experience and …