NVIDIA today introduced the GeForce® GTX™ 780 GPU, the latest evolution in elite-class GPUs, which delivers jaw-dropping performance and silky smooth visuals for the next generation of PC gaming titles — including Call of Duty: Ghosts, Watch Dogs and Battlefield 4. 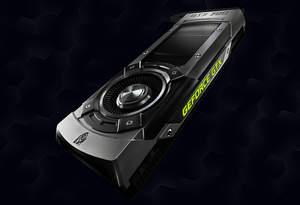 In addition, NVIDIA has released to production the NVIDIA GeForce Experience™ software, which delivers to GeForce gamers the industry’s best gaming drivers, advanced features and optimal playable settings (OPS) with the convenience of single click operation.

Designed for gaming enthusiasts, the GeForce GTX 780 boasts a massively powerful Kepler GPU with 2,304 cores and 3GB of high-speed GDDR5 memory — each 50 percent more than its predecessor.(1)

The GeForce GTX 780 supports NVIDIA’s latest array of gaming technologies, including PhysX® and NVIDIA TXAA™, while the newest GeForce drivers reduce frame time variations to provide smoother frame delivery and a richer overall experience. And for those gamers who demand the very best, NVIDIA SLI® technology — the industry’s preeminent multi-GPU solution — scales to deliver even higher levels of performance.

“The GeForce GTX 780 delivers the fastest frame-rate and smoothest animation at a value never before seen in PC gaming,” said Scott Herkelman, general manager of the GeForce business unit at NVIDIA. “This level of performance allows gamers to become fully immersed into a game the way the developers originally intended.”

A high-quality cast exterior aluminum frame and high-efficiency vapor chamber cooling — the most sophisticated thermal solution NVIDIA has created — contribute to the exotic design of the card. With GeForce GTX 780, form meets function with uncompromising acoustic performance as well for near silent gaming operation.

GeForce Experience automatically configures the 3D setting for each game to ensure the best experience based on the system configuration. It notifies gamers of software updates and automatically installs GeForce Game Ready™ drivers so gamers can maximize the performance of their GeForce GPUs and enjoy the latest PC games the day they are released.

For more information on how GeForce GTX GPUs are dramatically changing the way games are played, visit www.geforce.com. The NVIDIA Flickr page hosts the entire lineup of GeForce product photos.

About NVIDIA
Since 1993, NVIDIA (NASDAQ: NVDA) has pioneered the art and science of visual computing. The company’s technologies are transforming a world of displays into a world of interactive discovery — for everyone from gamers to scientists, and consumers to enterprise customers. More information at http://nvidianews.nvidia.com and http://blogs.nvidia.com.

Certain statements in this press release including, but not limited to, statements as to: the impact, benefits and availability of NVIDIA GeForce GTX 780 GPUs and the impact and benefits of NVIDIA GeForce Experience software are forward-looking statements that are subject to risks and uncertainties that could cause results to be materially different than expectations. Important factors that could cause actual results to differ materially include: global economic conditions; our reliance on third parties to manufacture, assemble, package and test our products; the impact of technological development and competition; development of new products and technologies or enhancements to our existing product and technologies; market acceptance of our products or our partners’ products; design, manufacturing or software defects; changes in consumer preferences or demands; changes in industry standards and interfaces; unexpected loss of performance of our products or technologies when integrated into systems; as well as other factors detailed from time to time in the reports NVIDIA files with the Securities and Exchange Commission, or SEC, including its Form 10-Q for the fiscal period ended April 28, 2013. Copies of reports filed with the SEC are posted on the company’s website and are available from NVIDIA without charge. These forward-looking statements are not guarantees of future performance and speak only as of the date hereof, and, except as required by law, NVIDIA disclaims any obligation to update these forward-looking statements to reflect future events or circumstances.

© 2013 NVIDIA Corporation. All rights reserved. NVIDIA, the NVIDIA logo, GeForce and GeForce Experience are trademarks and/or registered trademarks of NVIDIA Corporation in the U.S. and other countries. Other company and product names may be trademarks of the respective companies with which they are associated. Features, pricing, availability and specifications are subject to change without notice.