Let’s have a moment of silence for recent Nvidia Titan X Pascal purchasers out there.  It’s not just a performance difference from this new card, but the new price is nothing short of a surprise.  We expect new GPUs to outperform older ones every year.  What’s insane is that the new 1080Ti being the price that it is ($699), yet still outperforms a much more expensive and current GPU from Nvidia.  Don’t get me wrong, Titan still offers some additional benefit on the workstation side of things.  But if you’re looking for the ultimate pixel pusher with benchmark leading performance, look no further than the new 1080 Ti.

NVIDIA designed the GeForce GTX 1080 Ti to handle the graphical demands of 4K and 5K gaming, DX12, HDR and immersive VR. It incorporates: 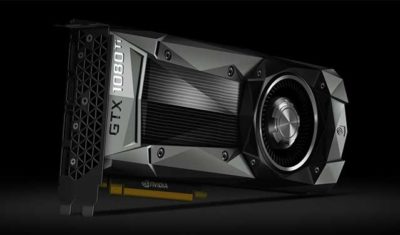 All in all you know this will be a solid card.  One of the biggest wins though comes from the wonderful price drop on the GTX 1080 and GTX 1070s.  Both of those cards are stellar performers in their own right, and now you can have them for even less.  The GTX 1080 Founders Edition is down to $499, with the 1070 Founders Edition dropped to $399 (USD).  Now it’s time to look foward to all the wonderful new benchmarks on the horizon.

The short story: Nvidia released a kick-ass graphics card called the GTX 970.  It was aggresively priced in the mid $300 range which forced AMD to reduce prices on their high-end lineup.  This is an …