VALHALLA, N.Y. – Jan. 8, 2013 – Turtle Beach, U.S. based pioneer and market-leader in gaming headsets, is showcasing its new high-end wireless and SEVEN Series wired gaming headsets during the International Consumer Electronics Show (CES), at the Las Vegas Convention Center, South Hall 1 – Booth #20618, from January 8 to 11, 2013. The new line-up reinforces Turtle Beach’s commitment to portability – headsets that are designed to work across consoles, PCs and mobile devices – and represents a strategic expansion in the PC and mobile categories. All of Turtle Beach’s gaming headsets feature the sound quality and comfort that have made the company No. 1 in the industry.

The New High-End Headsets for the Wireless Gaming Category 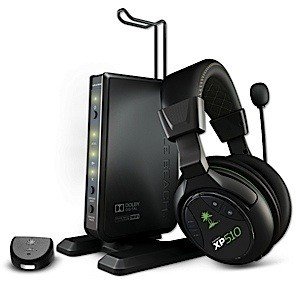 With Bluetooth enabling cable-free wireless chat, the Ear Force XP510 and PX51 headsets allow gamers to take phone calls and stream music easily. Immersive Dolby® Digital surround sound while playing games or watching movies ensures an audio experience that rivals even the highest-end home theater sound system. Powered by a rechargeable battery with a 15 hour lifespan, these headsets deliver signal processed sound for uncompromised audio across any entertainment scenario. These two models continue the evolution of a new breed of wireless gaming headset that serves as the ultimate “secret weapon” in the arsenal of serious gamers seeking unmatched audio quality, sonic control and a competitive advantage. 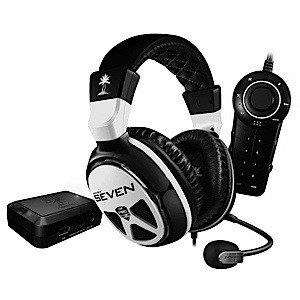 Tournament-grade quality and functionality is now available for everyone.

2013 marks the much-anticipated release of Turtle Beach’s SEVEN Series, the ultimate option in versatility for avid gamers on the move. Featuring the most precise and powerful tournament-grade audio headsets, first announced at the 2012 Entertainment Electronics Expo, the Ear Force XP SEVEN for console gaming; Z SEVEN for PC gaming; and M SEVEN for mobile gaming comprise the SEVEN Series and raise the bar for wired headsets.

The SEVEN Series provides total portability to meet the cross-platform needs of active gamers by leveraging a modular design for total performance control. Gamers are increasingly playing across multiple screens, with 24 percent regularly gaming on a console, PC and or mobile device in 2011*. Using unique interchangeable cable kits, the SEVEN Series uses the same headset across any platform – console, PC, Mac or mobile – and delivers a high-quality audio experience. A removable boom microphone and in-line microphone provide additional flexibility.

Complementing the SEVEN Series gaming headsets is the TM1 audio mixer designed for console and PC use. Optimized for LAN multiplayer gaming, the TM1 enables tournament-grade quality and functionality for consumers and tournament organizers. The TM1 offers communication for up to six players on the same team, or two teams of three players, as well as a number of input and output features such as a broadcast feed. When combined with the Audio Control Unit, the TM1 represents the most powerful revolution in game tournament audio to date.

The SEVEN Series is the official audio headset platform for Major League Gaming, the world’s largest competitive video game league, which exclusively uses the Ear Force SEVEN Series PC and console headsets, Audio Control Units and TM1 tournament mixers during all MLG Pro Circuit tournaments. For the first time in Q1 2013, consumers will be able to purchase this tournament-grade equipment for home use. 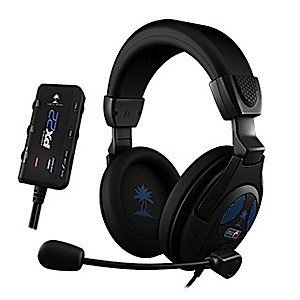 Turtle Beach is announcing the Ear Force PX22, a universal wired headset that upgrades the Ear Force PX21 to offer additional benefits for an enhanced gaming experience. Licensed by MLG, the high performance PX22 features cross platform capabilities and amplified stereo sound. It will also offer variable Bass and Treble Boosts, Dynamic Chat Boost™ and a 4-pole connector for compatibility with mobile devices. By strengthening its feature set and usability, the PX22 will upgrade the overall experience of the popular Ear Force PX21. First launched in 2009, the PX21 ranks as the #4 best-selling third-party gaming headset of all time according to the NPD Group. 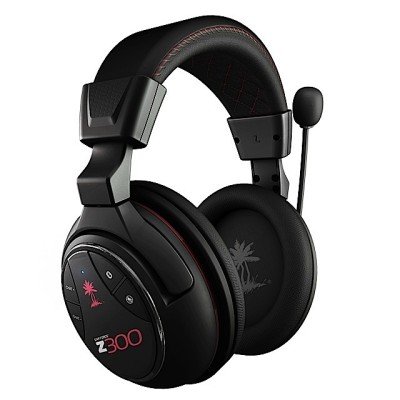 In 2013 Turtle Beach is releasing a collection of gaming headsets that will provide superior quality, comfort, control and customization to meet the unique needs of PC gamers. From the SEVEN Series, the Z SEVEN will be the first gaming headset available for gamers in need of a tournament grade audio that can also deliver an extraordinary experience with movies and music.

The Z300 headset further supports Turtle Beach’s commitment to PC gaming with an advanced wireless solution that includes high-end features such as Dual Band WiFi for an interference-free connection, a rechargeable lithium polymer battery with a 15 hour lifespan and Bluetooth technology. The Z300 is the only Bluetooth enabled PC headset capable of answering calls or streaming music via a mobile device while playing a game.

Lastly, Turtle Beach is releasing the new USB powered Z22 headset for PC gamers in search of a high value audio experience. With full mobile compatibility and analog inputs, the Z22 is the first PC headset featuring Chat Boost, variable Bass and Treble Boost for a powerful audio performance across the sonic spectrum.

Both pricing and availability for the Ear Force Z300 and the Z22 headsets will be released in the coming months.

When combined with the Turtle Beach’s competitive advantage in distribution and retail point-of-sale presence, the company expects the new range of PC headsets to deliver innovative features and superior audio quality to PC gamers. According to The NPD Group, in 2012 Turtle Beach led all first and third party manufacturers on sales, in units and dollars, of gaming headsets.

Gaming is both a driver and a beneficiary of the huge growth in the mobile device market. After checking email, gaming represents the second most frequent use of a tablet**, and ranks ahead of making phone calls, emails and texting on smartphones. Mobile device unit sales now exceed PC sales, and for the first time in 2012 broadband use on mobile devices exceeds use on PCs***.

As the displays, processing power and battery life of mobile devices has improved; mobile video games have increased in quality and complexity. As the excellence of games and gameplay continues to improve on mobile devices, more consumers will seek a superior audio experience to compliment the raised mobile standard.

Only Turtle Beach has a full line of mobile gaming headsets to fill that need, delivering excellent audio quality at all price points. With an emphasis on portability – headsets that are designed to work across consoles, PCs and mobile devices – Turtle Beach has a distinct advantage with gaming enthusiasts who are likely to play games on multiple platforms. And within the category, only Turtle Beach is delivering a robust retail point-of-sale presence, with superior product packaging and in-store kiosks. As mobile gaming accessories emerge as a category, no gaming headset company is positioned as well as Turtle Beach to benefit and support the expanding market.

Visit www.turtlebeach.com to sign up for updates or follow Turtle Beach on www.facebook.com/turtlebeach or twitter.com/turtlebeach/ for special content, additional product details, pre- and on-sale info and other special news and alerts.