This could be a huge change in gaming as we know it.  The Oculus Rift looks like something we’ve seen before (remember Virtual Boy?).  I can assure you it’s much better in every way.  The universal nature of this device is where the good part starts.  Don’t be fooled by it’s bulky look, it is actually quite light.  Once strapped on, you are fully immersed in the game, or whichever “app” that supports it.  This big advantage is its distance based focus and convergence on your eyes.  It’s not like sitting a couple feet from your computer monitor.  Instead, this device lets your eyes focus on a more distant image which reduces eye strain and discomfort. 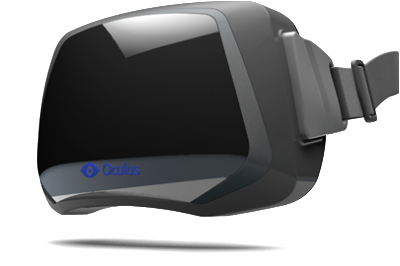 Another great feature is it’s ability to control the game via head movement.  Look left, and the game looks left, etc.  Combine this functionality with a keyboard or game controller and your experience is that much better.  The current product is in prototype stage but it’s functional.  It ships with very limited support and is intended more for developers than consumers at the moment.  If you must purchase this now, $300 will have it shipped sometime in April.  Right now DOOM 3 BFG and Hawken are the only officially supported titles but expect that to grow through time.   The Oculus Rift supports the Unreal Engine and Unity out of the box, but the developer kit will also ship with libraries, headers, documentation, and samples.  With some work you could theoretically integrate this with any game on the market.  Enough talk, watch the video and enjoy!