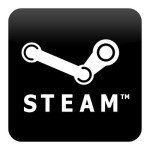 There’s no secret about the radical changes happening with the new version of Windows.  Windows 8 uses an entirely new interface, one that many die-hard Windows fans will take a while to get comfortable with.  The Consumer Preview edition had the shut down icon buried through a couple layers in the software for example.  This is yet another example of many people that will plan on hanging on to Windows 7 until something better than 8 comes out that keeps people happy.  Gabe is specifically talking about the native apps marketplace being built into Windows 8.  When you’re a 3rd party software distribution company like Steam, I am sure this new model will frustrate people.  It will be interesting to see how this all pans out, because I don’t think anyone can grasp the full effect of how all of the changes will impact the Windows customer base.

I’m not completely against Windows 8, I think it will be great for tablets and touch devices.  So great that I finally plan on making the jump to purchase my first tablet, in which Windows will be my OS of choice.  But for the PC power user, I can’t imagine losing the start menu and task bar just quite yet.  Maybe it will take some time.  It will certainly take some refinements from Microsoft after people voice their opinions once it’s released in a couple months.  To read more of what Gabe had to say about Windows 8, click on the link below.

Rob Pardo from Blizzard publicly agreed with Game on his comments about the upcoming Windows 8 release.  Do you think it means something when the largest on-line game distributor and the largest game studio both dislike what Microsoft is doing?