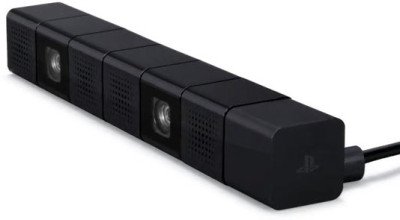 Following the Tokyo Game Show keynote address, Sony has confirmed a few more features on the PS4.  The PS4 camera will indeed support both voice and gesture control.  This is an add-on, featuring 2 cameras and four mics, allowing you to interact with the console without the controller in hand.  The big plus from this though is the HDMI output.  Unlike the Xbox 360, the current PS3 has encrypted HDMI on all video output from the console.  This includes the games you play.  As a result, game output is encrypted and forces gamers to find loop-holes or special hardware to bypass this protection.  Instead of leaving it this way, Sony has confirmed that the new PS4 will have unencrypted HDMI output while gaming.  This allows gamers like myself to use game capture devices to record anything I play.  The flexibility allows me to edit and view my video on my PC (with a device like the Elgato Game Capture HD), and then upload to YouTube as I wish.  To add icing on the cake, Sony reminds us of the “Share” button that allows instant uploads of gameplay straight to PSN, Ustream, and Facebook.  Sorry Twitch fans!

We scraped the web for what we feel are the best values currently available for both Xbox and PlayStation: XBOX One X/S: GameStop: Xbox One X 1TB Robot White Special Edition Fallout 76 EPB with …

I’m a man of simplicity. I’ve often thought of reducing cable clutter on my triple-screen gaming setup in my office in an effort to minimize the amount of wires running from my tower to the …

This is one of the shortest and easiest reviews we’ve ever done.  It’s nice when something works as intended without needing to consult a manual or research how to use it.  Meet the Accell DisplayPort …